“Cal’s Colt” wood and steel spring rocking horse was made by the Kiddie Gym Co., Inc. The popularity of rocking horses exploded in America during the Victorian Era when the Industrial Revolution led to cheaper production costs and a growing middle class that could afford these handcrafted toys. Lorimer Brown, Jr. rode this hobby horse on the family farm in Angels the 1930s. 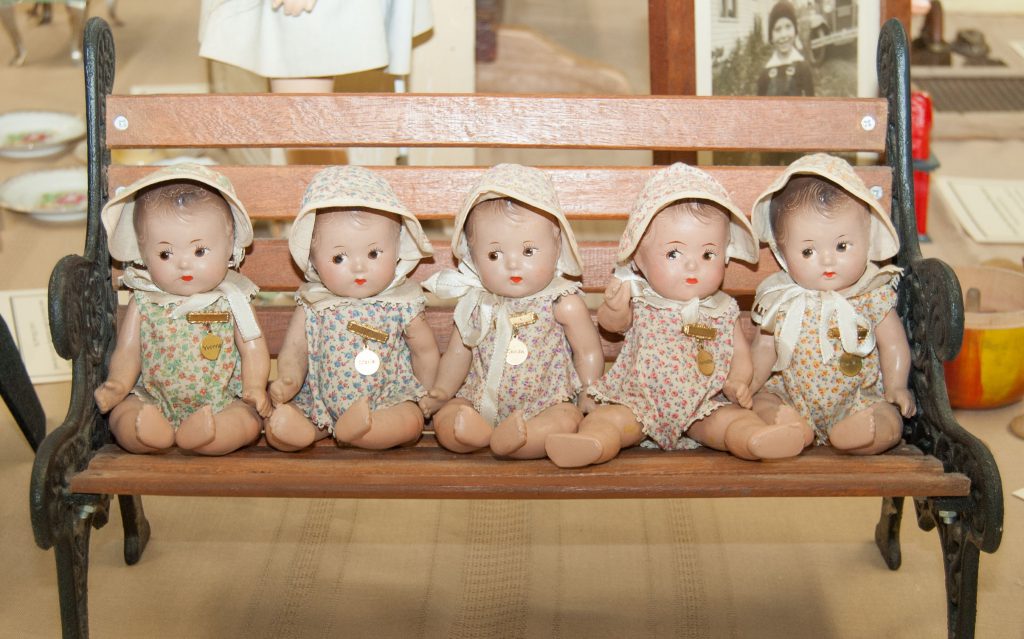 In May 1934, five identical baby girls were born in Ontario, Canada, the first quintuplets at the time known to have survived infancy. Soon the world was referring to the Dionne quintuplets as “miracle babies,” and they became a world-wide symbol of fortitude and joy during the Great Depression. All kinds of Dionne products were marketed, including the set of five composition dolls with painted eyes, hair and facial features and original clothing on display at Peggy Bancroft Hall. They were made by the Madame Alexander Company in the late 1930s.