At our Open House in July 2017, members of the Cherry Ridge Carving Club of Wayne County exhibited examples of their work,  gave demonstrations, and talked about the history of whittling and wood carving. Whittling is a form of carving that is done generally by using nothing more than a knife, often nothing more than a pocket knife. Most prevalent from the mid-1800s to the mid-1900s, it is sometimes called “folk art” because it was commonly done by people without academic training in the arts but who wanted to fulfill a creative urge to create something both pleasing and useful with their own hands. So if someone needed a decorative walking stick or cane, one could whittle one that was unique and one of kind. A love spoon could be whittled as a gift to a sweetheart. A wooden animal or bird could be whittled for a child’s toy. It was an inexpensive way to make things that cost only the investment of time. While some whittled items are relatively simple in nature, there are many more examples of intricate work that are really rather remarkable, such as the work of William Fueglein (1860-1938) of Sterling, examples of which were also on display. Wood carving, on the other hand, is “moving” wood with just about anything that is available, including gouges and mallets, and even power tools. “My most satisfying pieces are woodcarvings, but I would argue that my most fun pieces are whittled pieces, “ stated Robert Muller, president of the Wood Carving Club. 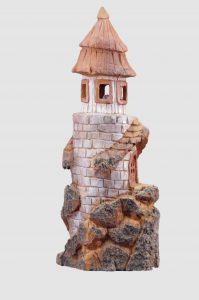 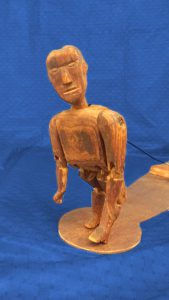 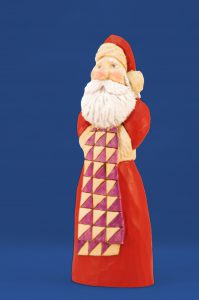 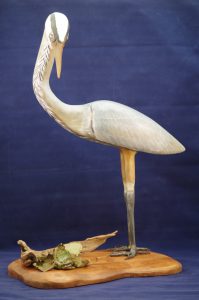